I arrived in Cambodia via a land border crossing.  I’ve realised that land and sea border crossings are always a culture shock for me as I am expecting a gradual transition from one country to another, but so far that hasn’t been the case.  I managed to avoid the passport control scams on the Vietnamese side of the border, where ‘officials’ charge you for getting a stamp in your passport. On the Cambodian side, there were no scams but there were no instructions so I ended up having to queue up three times, each time I was told of something that was missing from my documentation. On the Cambodian border there were loads and loads of casinos, which was a real contrast from the Vietnamese border where there wasn’t much at all. There was also a lot of sand everywhere due to lots of construction.  My first night in Cambodia was spent in a hotel in the casino area; there were women in the foyer area who were wearing night wear / underwear type clothes.

Cambodia is pretty flat and normally I would do at most 60km a day, so that I take my time, have a look around and take photos.  Unfortunately this wasn’t possible in Cambodia as the cities were further away, so I was having to 100+km a day which would have been fine especially as the terrain was pretty flat and I’m not fully loaded, but the roads were so pitted and rough and this wasn’t something that I was expecting until my first day of riding when I was broken pretty much from the start as I wasn’t gliding along as I had been in Vietnam with its nice smooth roads.  Also Cambodia was so dry and most days my Garmin was recording 40 degrees C.  Due to the hot dry weather Cambodia was also really dusty, so I had grit in my mouth most of the time. 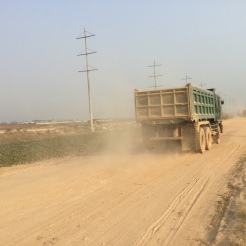 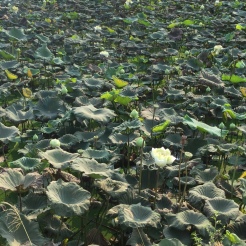 Lots of rubbish on the roadside

So I was struggling to enjoy Cambodia especially as its really flat, there were no breathtaking views which you would normally experience after cycling up a hill.  The two things that I needed to do was visit the Killing Fields and Angkor Wat and my feeling was that after visiting Angkor Wat, I would come away and absolutely love Cambodia.

I went to one of the Killing Fields near to the capital, Phnom Penh.  Turns out that there are Killing Fields all around the country and that during the rule of Pol Pot a quarter of the population were killed.  I do remember mention of the Khmer Rouge years ago, so it was interesting to learn more about the history of the country,  It’s one of those places where you only take one photo, and so the photo above is the only one that I took. There are actually hundreds of human skulls inside of this building. Cambodia’s population is quite young because of what happened during Pol Pots regime.  It explains why Cambodia is poorer than Thailand and Vietnam.

I spent a few days in Phnom Penh.  A busy capital city with lots of tuk tuk drivers touting for business.  I was impressed with the tuk tuk drivers who still tried to persuade me that I needed a tuk tuk even when I was with my bicycle.

I have never seen so many people relieving themselves at the roadside. There are toilets around the place

The children on their bicycles in the rural areas were fun.  They were riding single speed sit up begs and racing me.  I even had one child try and race me with his friend on the back of his bike. This is the country where I’ve seen the most number of people on bicycles.  The bicycles here have a rear rack which have a padded seat on it so that you can give someone a lift (a backy, a seaty, a croggy).

I got my first puncture in months and the best thing is that it was my front wheel and not my rear, all of my other punctures have been rear wheel punctures.

Yes I can carry her up 3 flights of stairs, not a problem.

I had a scare in Phenom Penh where my bicycle was supposed to be looked after by the 24 hours security.  I woke up one morning to find that my bicycle wasn’t where I had left it and no-one knew where security was and they didn’t know anything about my bicycle.  Fortunately I did find her and checked out and went somewhere else. 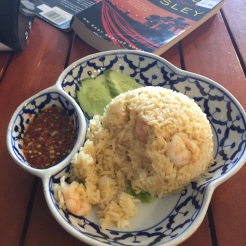 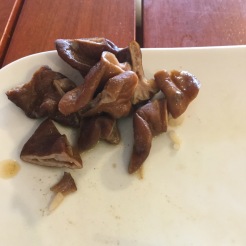 I’ve loved the food in Cambodia, although I didn’t know what I was eating most of the time.  I just pointed at stuff.  I discovered that chicken curry and frog curry look pretty much the same, it’s just the bones that look different.  I also know that I ate a lot of intestines. 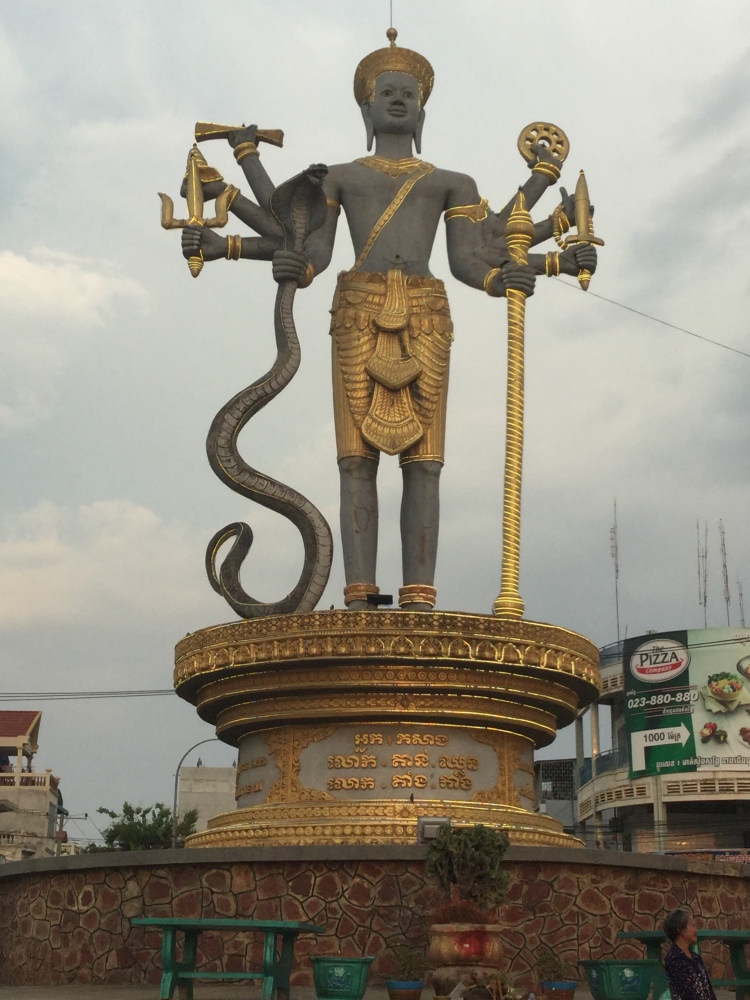 I arrived in Battambang, which is Cambodia’s third city.  It is well known for it’s Bat Cave, Killing Fields and bamboo railway.  By now I had done quite a few long 7 or 8 hour days along really rough track/road and I was starting to hate my saddle and had to rest up for four days with the hope that I’d be able to carry on to Angkor Wat.  I was only two days ride away from Angkor Wat.  After 4 days of rest I cycled to a small town called Sisophon, it was a 75km ride and unfortunately I still wasn’t getting on with my saddle.  I was now only one day’s ride away from Angkor Wat (100km).  Cycling to Angkor Wat would be a 200km round trip from Sisophon.  I had booked two nights at Sisophon to rest up, but after the first day I realised that I wasn’t going to make it to Angkor Wat.  I was on a schedule and needed to get to Bangkok by a certain date and unfortunately there was no public transport that I  could take to get me and my bike to Angkor Wat or to Bangkok if I really was struggling with my saddle.  So I ended up spending 6 days in Sisophon.

So tomorrow I head to Thailand, I have five days of riding ahead and my longest day will be 75km.  I know that the roads in Thailand are usually quite smooth so hopefully I can get to Bangkok on time without anymore problems from my saddle.

So I have to come back to Cambodia at some point in time to visit Angkor Wat.  I’m also hoping that on my next visit I will really really enjoy Cambodia. This time Cambodia is just been okay and I think that that is partly due to the dust, conditions of the road, heat and flat terrain. 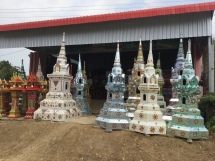 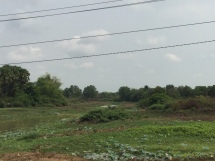 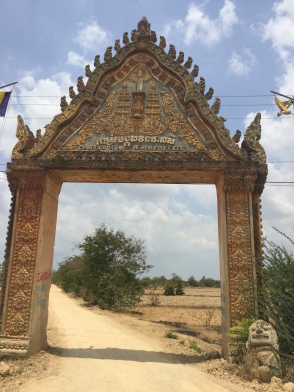 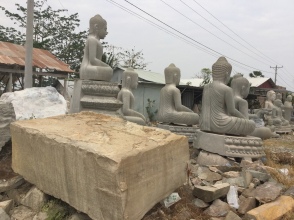