I surprised myself and got to Penang about two weeks earlier than I expected. I’ve been enjoying riding in Malaysia so I guess I was hoping that the whole experience would last longer than it did.

So I ended up spending two weeks in Penang relaxing and cycling around the island.

There’s loads of street art in Georgetown which is the main city in the island. 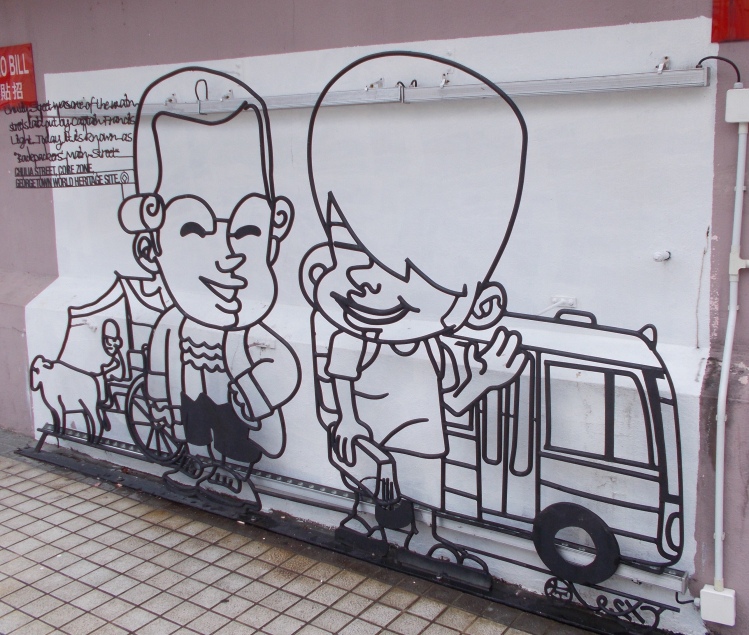 I got to see some really big incense sticks.

I finally got to see monkeys close up in one of the national parks. 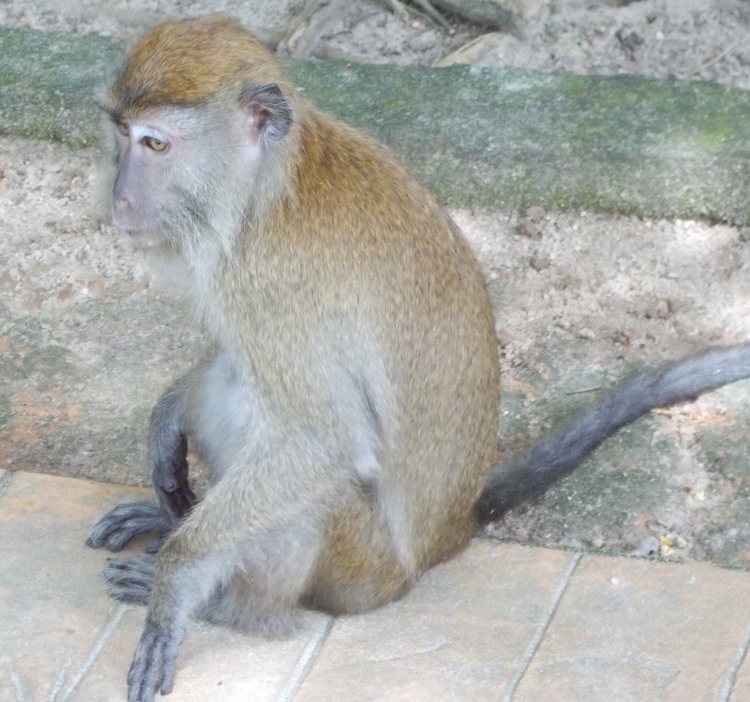 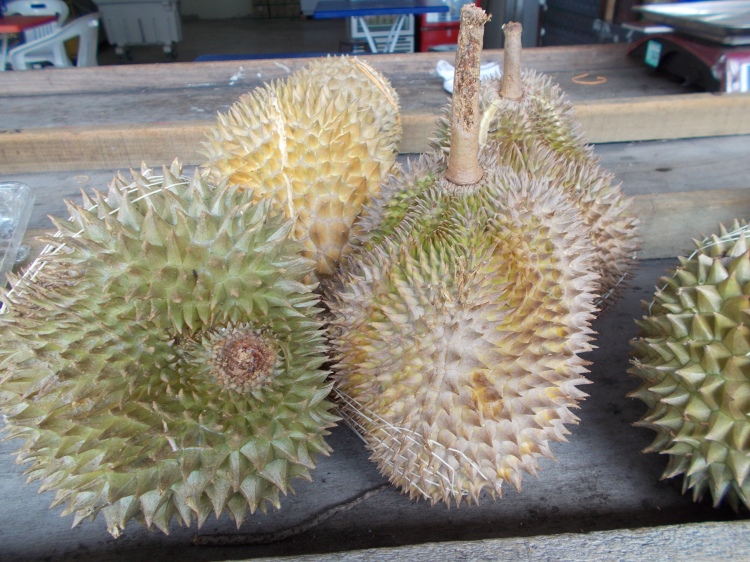 Durian is known as the King of Fruits. It’s quite expensive and loved by so many Malaysians. It’s available in so many different products such as ice cream or cake. It has a lovely creamy texture but it does have a very strong smell and it’s banned from public transport and hotels because of its smell.

Durian is like Marmite- you either love it or hate it. Each time I had it I could taste onion. It’s known for repeating on you – it’s the durian belch, so after I tried it I could just taste onion all day. All day I was constantly reminded that I had eaten it, all day, there was no let up, I thought that maybe after eating something it would go away – but no it didn’t. Also it’s said that everybody else can tell that you’ve had durian because of the aroma from the belch.

Whilst I was in Penang I got to catch up with my Couchsurfing host Taufik and his sister Saeeda.

Another reason why I stayed in Penang was for their celebration of 10 years of Georgetown being a UNESCO heritage site. 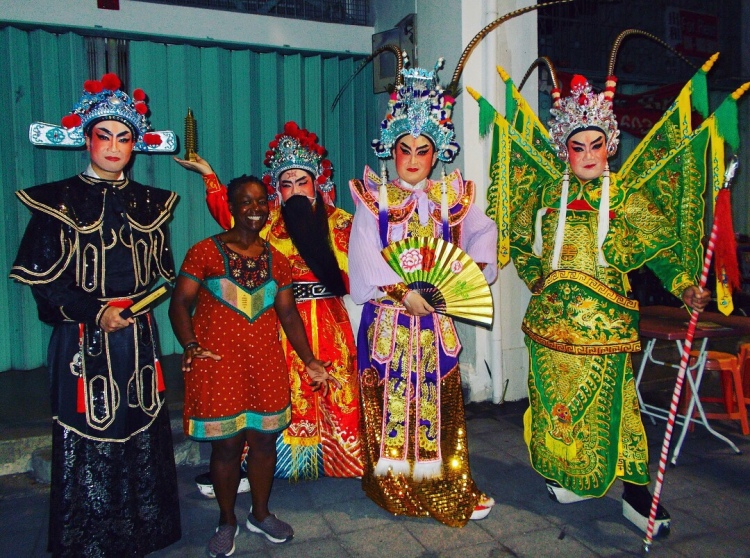 The island was beautiful and it was lovely to ride around it and visit a temple with a massive Bhuddha – the picture doesn’t do it justice. 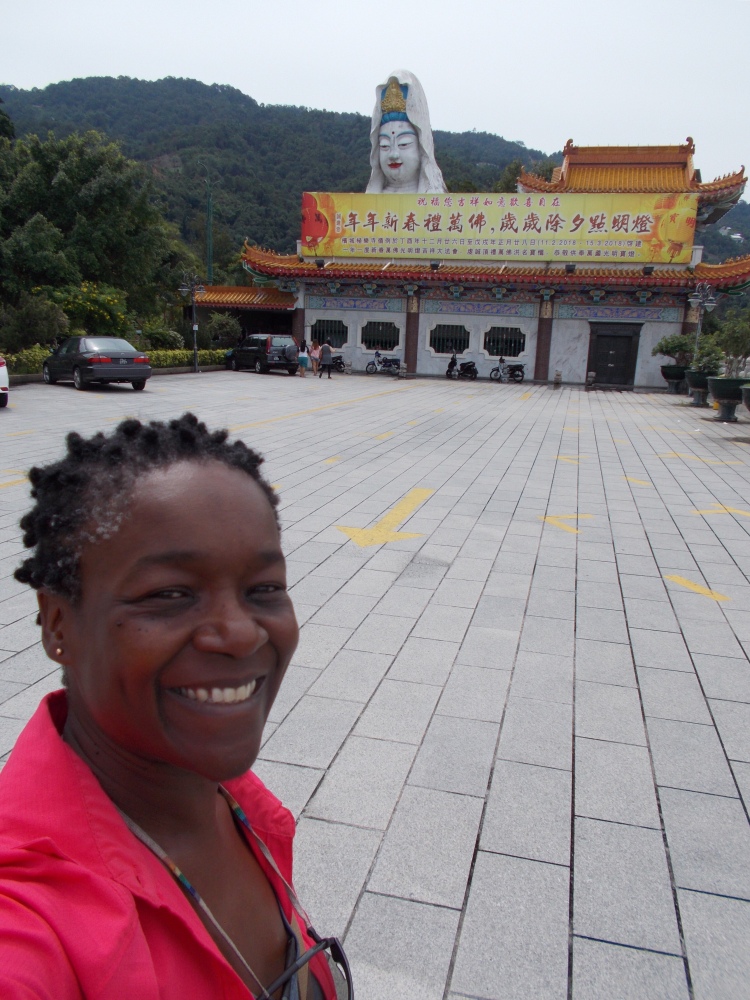 The bike shop where I got my spokes tightened up. The first bike shop told me that my bike was too expensive, the second one told me that the mechanic wasn’t in and he didn’t know when he’d be back. This was the third shop; he did a good job, she rides like a dream.

So, I’m now in Langkawi for a few weeks. This is a small duty free island very close to Thailand. I was initially only planning on staying here for a few days but will stay here for a couple of weeks. A couple of weeks ago I finally admitted to myself that I had a problem with my Achilles’ tendons that weren’t going to go away if I ignored them. So when I was in Taiping a couple of weeks ago I tried to get a massage on my legs. First of all it was trying to find the ‘right establishment’ then it was trying to find one that would do my legs and not just my back. I finally managed to find one that said that they would do my legs. My lesson learnt from this experience was not to say yes to everything. I said yes to Chinese cupping. My back was absolutely massacred 😊

She hardly touched my legs 😊😊. So I’ve since mastered the art of sorting out my Achilles myself and they’re getting there. So I should be sorted pretty soon. It’s partly my own fault for walking around bare foot with no arch support- I’m extremely flat footed. So I’m wearing indoor slippers with arch support and having to explain to everyone that yes they are indoor only.