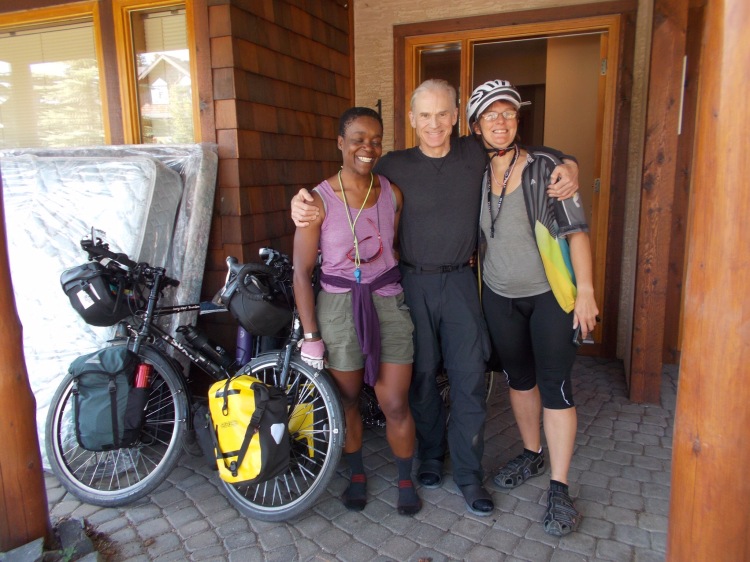 We’ve spent the past week in Canmore staying at Alan Hobson’s house. We met him a few weeks ago on the Icefield Parkway, he impressed me with his knowledge of Leicester and the discovery of Richard the third, so of course we got on well. Originally we were meant to stay the weekend but stayed a bit longer. He had some sage advice regarding our tour, he’s climbed Mt Everest, so definitely someone to listen to. I later found out that he’s actually quite well know.  He used to be a gymnast.  He’s climbed Mt Everest, but has also failed at climbing Mt Everest and he’s battled cancer a couple of times too.