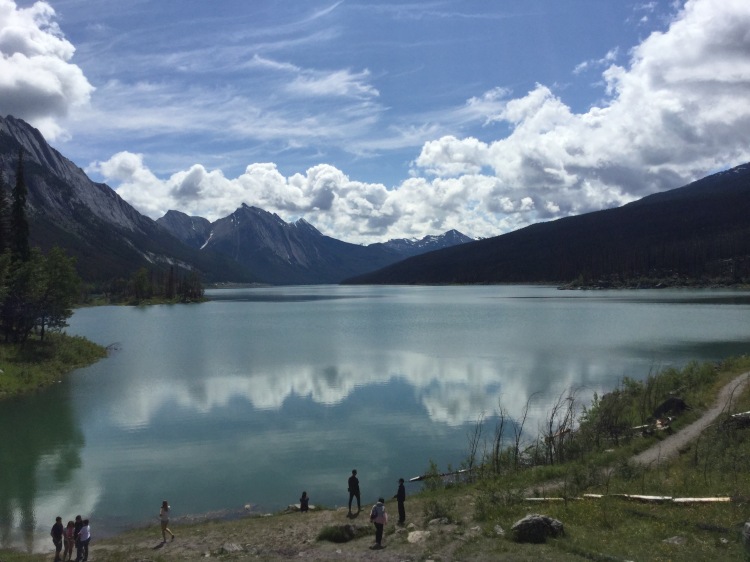 A few days ago we met a random woman in a shop who we got chatting to who offered to give us a lift to Lake Maligne a few days later. Now the telltale signs were there when we first met her but we ignored them. She was in the shop enquiring about using bear spray as a deterrent against men when she was out walking in isolated areas on her own. Turns out that she’d also had drunk a bottle of wine that lunchtime, so she was very chilled. When we met her again a few days later to get a lift to Lake Maligne, she was a total stress head, it was funny. I don’t think that she really actually wanted to take us to the lake as she had loads of excuses, but she did anyway 😂. I could have actually cycled up there, but sheer laziness stopped me.